Africa’s First Choice for Air Ambulance Services
Universal Air Evac is a EURAMI Accredited provider of fixed-wing air ambulance services based at Lanseria International Airport in Johannesburg, South Africa. Universal Air Evac’s highly experienced team specialises in medically escorted repatriation of patients on commercial airlines internationally. It assists with all facets of repatriations, including pre-flight assessments, flight arrangements, ground transport, airport clinics and airline medical clearances.
Our Strong Base Ensures Extensive Coverage
Universal Air Evac is a joint venture between National Airways Corporation (Aviation) and Air Evacuation Services (Medical). As the largest general aviation company in Africa and one of the largest of its kind in the world, NAC enables Universal Air Evac to operate throughout Africa and its surrounding islands, into Europe and the Middle East. Evacuations further afield are accomplished through wing-to-wing transfers with industry partners.
What You Need, When You Need It
Thanks to its dedicated long-range jet air ambulances, Universal Air Evac can fly a wide range of patients and is able to achieve an average dispatch time of two hours. Each flight employs a mission-specific combination of a Flight Doctor and Flight Nurse or Flight Paramedic, ensuring the highest levels of safety, care and professionalism during every air ambulance flight. 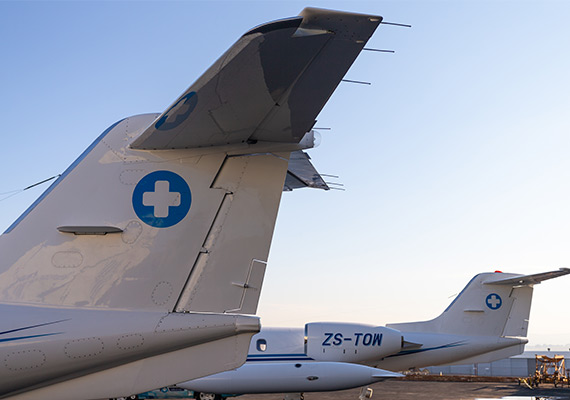 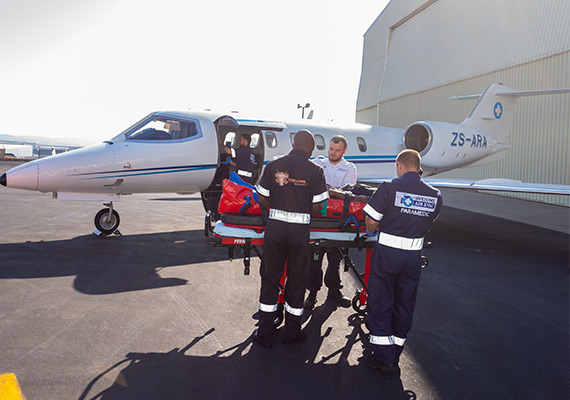 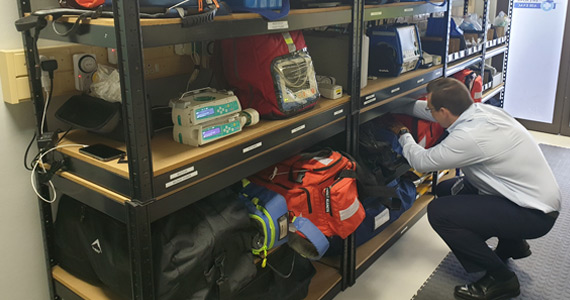 In addition to the above, we pride ourselves on subscribing to the highest standards and safety levels while maintaining these accreditations: 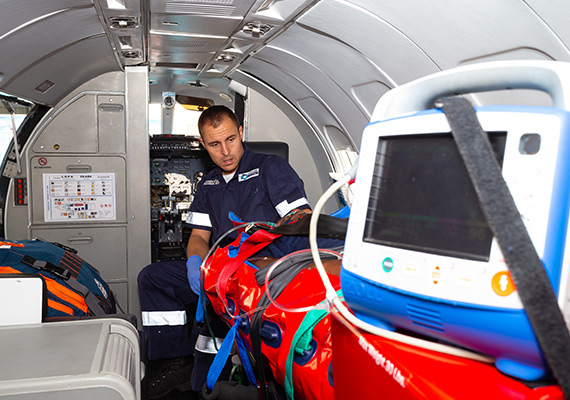 Universal Air Evac operates from a dedicated NAC base at Lanseria International Airport in Johannesburg, South Africa. This world-class operations base offers: 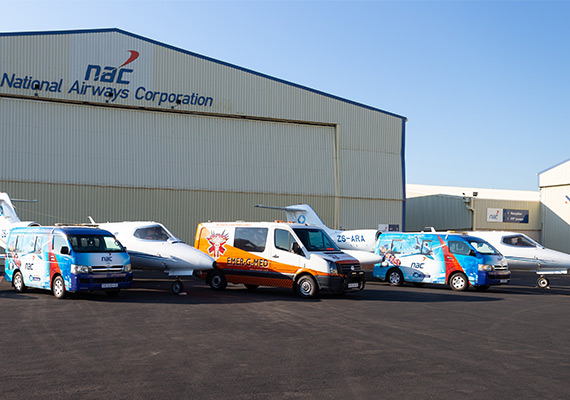